Dr. Questlove or: How I Learned to Stop Worrying and Love the Vinyl

Ever pick up an old piece of technology that seems so obsolete that you feel sad it even exists? Well that’s exactly how I don’t feel when I flip through vinyl in a record store or drop that beautiful black platter onto the turntable. Someone had me convinced that there’s no room for this junk in the average Joe’s entertainment system. Whoever they are, I wish I had missed that conversation with them because I can’t get back the 15+ years of music listening/purchasing I did while passing over some excellent, excellent stuff.

Do CD’s or high-bitrate digital audio files sound better? I think anyone who brings that up as an argument against listening to vinyl records is missing the point: music is entertainment and is enjoyable because it goes into your ears and makes your brain start fidgeting in ways that silence just doesn’t match up to. So does “better” or “worse” sound make a difference if the things going on inside your brain happen regardless of whether or not you’re hearing the recording on a multi-million-dollar sound system or if someone is humming it in the cubicle next to you?

There’s something to be said for technology and its intimate relationship to music and I don’t think anyone would debate that. In a frighteningly short period of time, develoments in audio technology have taken equipment that used to fill giant rooms and put it in our pockets. But why should we feel obligated to adopt every advancement as a replacement for its predecessor and not just as its friendly companion? When they invented air travel, did everyone take their cars off of the road?

That being said, there’s plenty of old technologies that have replacements crucial to the health and well-being of mankind. Vinyl versus CD versus MP3 is clearly not such an issue. Nobody ever died because they stopped selling* Johnny Mathis on vinyl at Virgin Records, nevemind the fact that most of the record stores fall into the categories of “closed” and “closing soon”. As an aside, get to know your local record salesman. Not only are they living relics of an age before the Internet changed how *everything* is sold, but it might surprise you how much they know about music. Not just about bands and songs, but about the art and science of it. A good record store is like a museum, and if the guy behind the counter is worth his weight in wax, he’s like the curator. 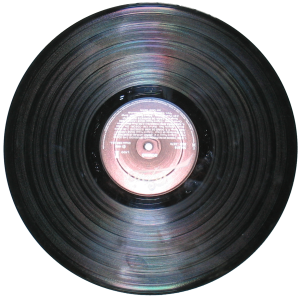 In the two weeks or so that I’ve been collecting LP’s, I’ve found some music that would fit right in on today’s charts, only these recordings are older than I am. What this tells me is that the airwaves are essentially saturated by pay-to-play tracks that you hear over and over again. Meanwhile, the rest of the artist’s (or “entertainer’s” if you prefer) work sits on a shelf gathering dust. If I were a famous musician that worked hard at what I did to bring art to my audience, I’d be pissed. Yeah it’s fantastically convenient that you can get online and download the latest single for $0.99, but isn’t that a little like buying a piece of a jigsaw puzzle, or a tenth of a panorama, or single pint of beer?

Let us not shy away from new things in defense of the old, but let us also embrace the things that are already good. Your ancestors will love you for it!

*I leave it as an exercise for the reader to determine whether or not they have, in fact, stopped selling vinyl copies of Mr. Mathis’ work.