There comes a time in the lifecycle of every technology where it’s given a name based on some preconceived notion that the technology itself makes obsolete. For example, the term “horseless carriage” is given to something with the assumption that carriages require a horse, and so, therefore, the thing that sets the “horseless carriage” apart from a “carriage” is that it lacks one. The tern “cordless phone” has this same shortcoming. But does this make sense? At what point do we stop referring to something by its antiquated nomer, and just call it like it is?

It Rubs Me The WRong Way

The term “social media” is what I’m complaining about here. When are we just going to call it “media” instead? You know, like we used to. After all, we’ve all seen how the advertising, marketing, and news industries have attempted to make this technologies their darling, including tweets from their audience in their normal stream of “output”. I say “attempted” because there are many examples of this going horribly wrong, some of them hilarious.

In short, everyone uses these technologies exactly the same way: to get their message out. And everyone has access to the same size audience, with the exception of “sponsored posts”, and let’s not get started on that.

This post brought to you by The Home Depot.

Aren’t We All Social?

So what’s the difference between when I tweet something about an event and when CNN does it, other than the number of followers? Why is it just “media” if it’s the New York Times, and it’s “social media” if it’s pictures from the ground at a protest being interrupted by police in riot gear? Why is it that someone with journalist credentials around their neck is protected in a hot zone, but someone with a cell phone that has a camera on it is fair game for having their rights taken away? You can see I have some issues with this “social” designation, especially in the often derogatory way that it’s used as a prefix by corporate outlets.

You Can’t Have IT Both Ways

Another big thing that bothers me about the way “social media” is thrown around as a term is that people love to cherry pick the opinions of their audience. They just sample whoever they want, whenever they want, from the flow of material being generated on the Internet and use a blanket statement like, “well people on social media are saying that wolves should be able to celebrate Christmas on the International Space Station,” when in reality it’s just some random psycho’s Twitter feed they’re regurgitating. This practice is particularly dangerous when rumors or panic starts to “spread”. I know, there’s a lot of quotes in this post, but bear with me. 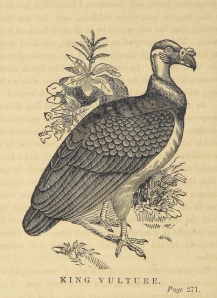 Often it seems like large news outlets want us all to freak out, and even when we don’t they just say, “people are talking about this on social media.” Did the even really look? Or did they just punch in, “I’m afraid my gun will sneak out of my closet and shoot me in my sleep,” into the Facebook search bar and see what pops out? Something tells me it’s the latter. So in reality, the hard working denizens of the Internet, just going about their business, are making content for these large outlets. If they want a story, they just say that the story is people’s behavior online. Chicken? Egg?

You can’t have it both ways! You’re either trying to manipulate your audience by selectively sampling what people are discussing and repeating what you want everyone to hear, or you’re senselessly repeating something that is absolutely not news: people’s opinions. And at the same time, you’re referring to it in a manner that makes it sound as though you’re dismissing it as an illegitimate source of information by calling it “social media”, despite the fact that simply repeating what someone says legitimizes it.

So let’s just call it like it is. If you’re going to repeat something that some random stranger said on the Internet, just say their name and refer to them as “the media,” and ditch the “social” part. Let’s not pretend that credentials still matter when it comes to news coverage, because large news outlets are the ones that decided to ruin that by mixing real journalism (hilarious to use this term here, I know) with the most inane material that can dredged up from the bottom of the sea that is their audience.

In other words, the second they had a moment of free air time and decided to trade journalistic integrity (whatever that means now) for a chance to look hip, and posted a graphic of someone’s tweet, the term “social media” became defunct, and we all became “the media”.

This entry was posted in People, The World and tagged frustration, media, news, outlets, social. Bookmark the permalink.

One response to “Let’s Stop Calling it Social Media”